We are committed to providing nutritious vegan food to hungry people. 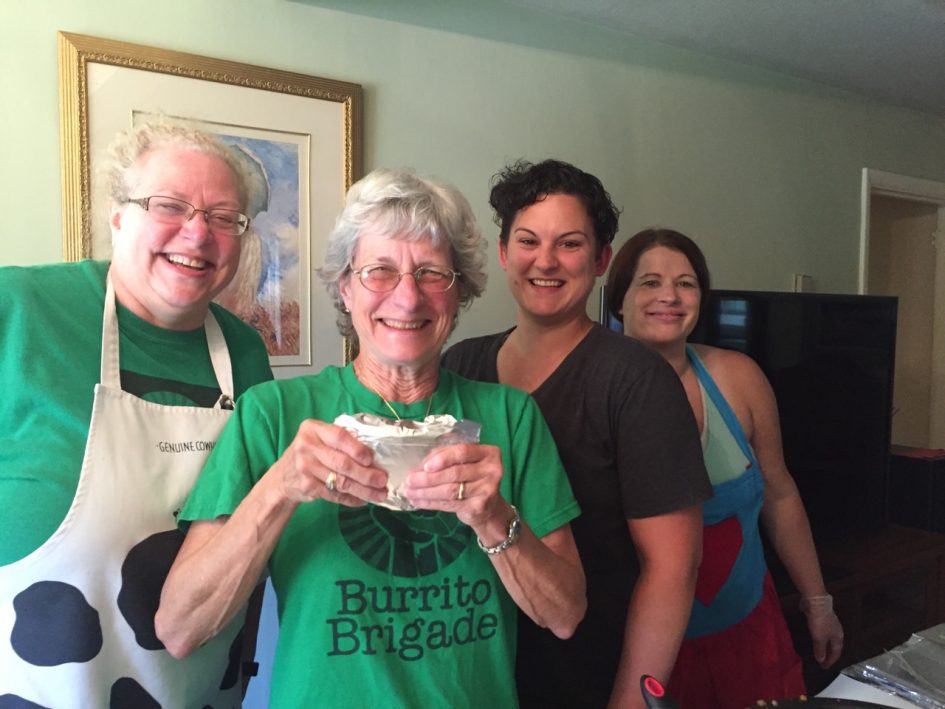 According to Lisa Levsen, Burrito Brigade Vice President and organizer, volunteers cheered when the landmark meal – a vegan sloppy joe served in pita bread – was assembled. “Our volunteers take great personal pride in feeding those in need, and this is a wonderful cause for celebration,” she said. Over 4000 volunteer hours have been served year to date by over 900 volunteers.

Burrito Brigade volunteers gather on Sundays in the kitchen of First Christian Church in Eugene to prepare and assemble tasty vegan burritos. Weekly production has grown from 50 burritos in 2014 to nearly 600 today.

The success of those grassroots efforts has spawned new events to feed the hungry:

Theme by Anders Noren — Up ↑